What We Did The First Week of Summer

First, the summer schedule I laid out a few weeks ago seems as though it might work. Actually, last week ran so smoothly that I’m feeling really positive about the summer in general. In years past, I felt like I had to throw a lot of money at summer to keep the girls busy. And, it’s true that if you throw a lot of money at activities, you’ll probably have a pretty fun time. But, that didn’t seem like the right answer. We needed more balance.

In summer’s past, I’ve also set out with a really ambitious plan that we just kind of petered out on. Some people probably can have fun with a super packed schedule, but that’s not the right answer for us, either. A happy summer, for us, seems to be about the right balance of schedule and freedom and I think I found it this year.

Monday, we took a little walk around town. We ate in the inside of a McDonald’s. So high brow, right? But, it’s something we never really do. We were lucky enough to have Big Daddy join us and I think the girls liked the little change from our usual… 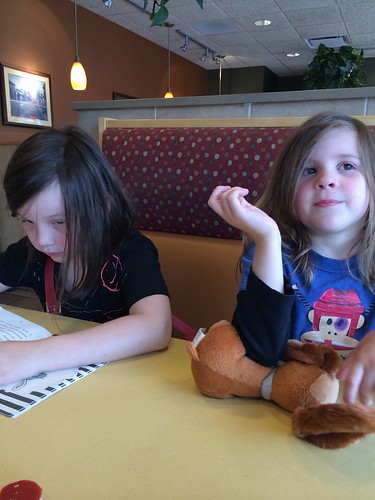 We also visited the library and signed up for the Summer Reading Program. I’ve said this a million times on this blog and about a million more in real life, but the library is such an amazing place all year and especially in the summer. My local library is having activities a minimum of three days a week and they are all free. In addition, you can check out books, movies, magazines and audiobooks as well as spending time in the children’s section. My library has puzzles, toys, crafts, coloring sheets and a computer pre-loaded with tons of children’s games. 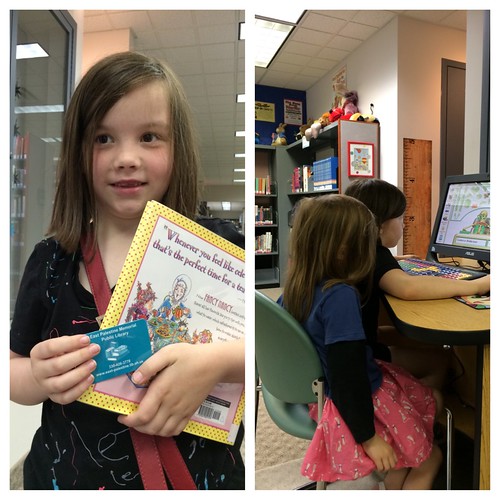 Tuesday found us back at the library for an Animal show. It was so much fun and we were all sorry it was over. 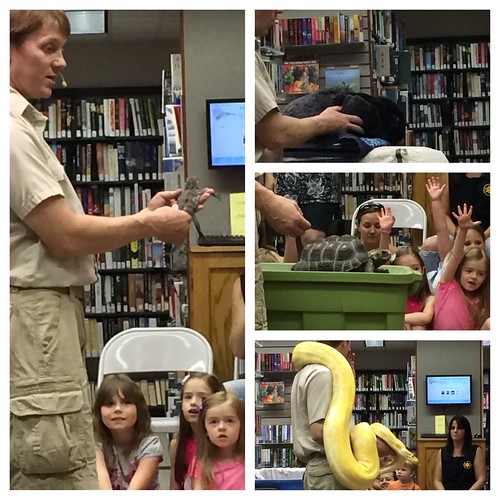 Wednesday the girls opted to make Shrinky Dinks. These aren’t quite the kits I played with as a kid. I think my kits were cooler… 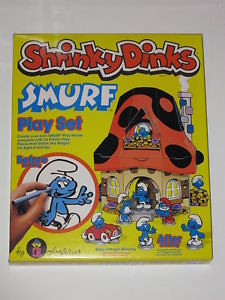 Amazon features the same kit we used for just under $20. It bought a solid hour of activity for two kids, so I think the price works out.

Thursday, we were off to bowling. I tout the kids bowl free program every summer and I’m doing it again. Two free games, every day all summer long. Bowling alleys are also air conditioned, so it’s a great place to cool off. We buy the season long shoe rental as well (a little over $30 for all three kids) so it works out to a pretty inexpensive price per outing. 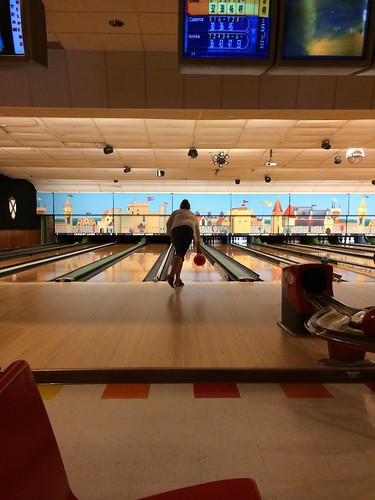 The Princess and I also went to see “The Fault in Our Stars”.  I’ve read this book twice and I thought the movie was really well done. Lots of tears, of course, and sniffling.  The Twilight series was pretty popular for several years and, to be honest, I’m reluctant to have the Princess read it.  I did read the series and liked it okay, but Bella and Edward have such a shitty relationship and I don’t want that sort of thing inspiring or teaching my teen.  But, Hazel and Augustus DO have a good, healthy relationship, albeit brief, and I don’t have one problem with her seeing and understanding that sort of a thing.  So, Moms of teens, it was pretty tame in the sex department and heavy with emotion so, it’s a good choice for your teens and tweens.

What awesome things have you done so far this summer?  I’m always looking for new ideas!

SHARE:
Tied Up 0 Replies to “What We Did The First Week of Summer”