On Ode to Zucchini Bread

The recipe my Mother used was handed over by the neighbor. It belonged to her sister. It was revolutionary. It had chocolate chips in it and sitting down to a thick slice that was slathered in butter was a treat that couldn’t be duplicated, particularly if it was warm out of the oven. I still remember the way the recipe card looked (do people even use them anymore?) and the name of my neighbor’s sister and I certainly remember that bread, though my recipe is different.

I think zucchini is a miracle food. It be cooked sweet or savory. It can take the place of noodles and taco shells and pizza crust.

You can bake it, stir fry it, steam it, saute it…anything Bubba Gump came up with for shrimp, you can probably do with zucchini, but my favorite is baked into bread. I serve it for breakfast and I serve it for dessert, it works for both. It’s sweet enough to pass for a treat, yet contains enough vegetables that I feel like I sneaked one over on the kids. It’s another thing that paired with some scrambled eggs and fruit makes a wonderful breakfast. Do I toast my zucchini bread? I do not, but I might warm it up in the microwave to make sure the butter gets all melty and delicious. Can I eat half a loaf on my own? Yes, I’m no lady in that regard. I don’t know anyone in my house or can’t/won’t eat half a loaf in a sitting. It means I have to make extra and none ever lands in the freezer to eat in Autumn as I had planned.

This year, I tried a new zucchini bread recipe. In addition, of course, to my usual. Double chocolate zucchini bread? It sounded like something we would like. I already add chocolate chips to our bread, so it wasn’t an unusual idea. The verdict? So delicious! I was afraid it might be too rich, but it wasn’t. It was a little crumbly straight out of the oven (we couldn’t wait) but firmed up nicely after cooling. 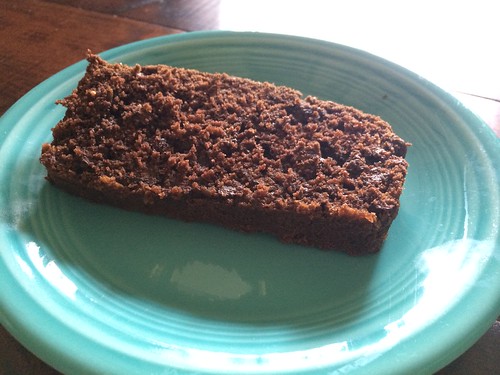 I did exchange the honey in the recipe for plain sugar. Honey and sugar can be substituted for each other exactly up to one cup. I didn’t feel like trying to get the honey out of the bottle and into the measuring cup and then into to the mixing bowl so I took the lazy way out. Maybe honey would have made it better? It’s possible, but it was so very, very good I just don’t see how it could have been any better.

Additionally, I was able to make two loaves of my annual stand-by. 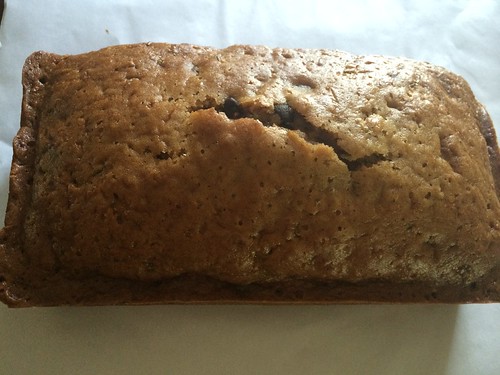 Betty Crocker’s cookbooks have changed a lot over the years, but some things she’s still getting right.  This recipe is in my 2000 edition cookbook and I’m willing to bet it was in my Mom’s 70’s edition as well.  It’s a tried, tested and loved recipe but we make one little change.  You, of course, could add nuts and raisins, but we enjoy chocolate chips. About 3/4 of a bag lends just the right amount of chocolate to each loaf.  Betty Crocker’s Zucchini Bread recipe makes 2 loaves and our first didn’t survive it’s first night out of the oven.

SHARE:
Pinned There Done That, Recipes, Recipes 0 Replies to “On Ode to Zucchini Bread”