Hey, so remember this little project?

Well, I have.  I’ve been working on a few parts of my Forty before 40 project since I posted about it April.  I’ve made progress on a few things (like, being able to sleep with the TV off!) and am in the planning stages of some others.  But, one thing we were able to do this summer was to visit my sister in New Jersey, thereby crossing one state off my six states to visit task.

My sister has lived in New Jersey for the last year and a half, but this was our first good opportunity to visit.  Sadly, my brother-in-law wasn’t home so we missed out on visiting him.  He arrived home the day we left.  We’re hoping that they are able to make it into town this fall.

But, we were lucky enough to get some good beach time… 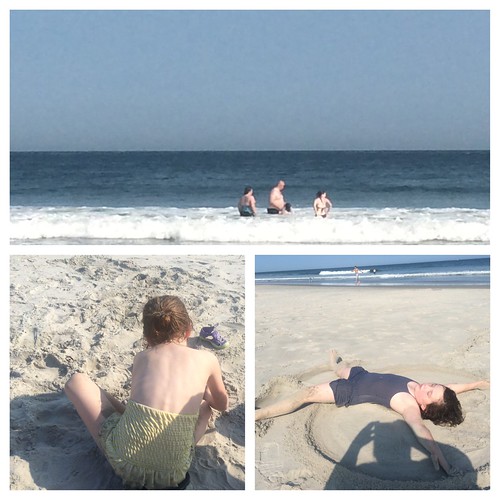 …including an incredible dolphin siting that I wasn’t able to get pictures of, but was so super cool.  We were lucky enough to be able to use the Coast Guard beach which was not crowded and was super clean.  There weren’t a lot of shells, but you can’t win them all. Also, people in New Jersey take off their shoes before they go on the beach? This was new to us.

We also got to visit the boardwalk in Wildwood which was…well..it was a boardwalk.  It was okay.  The lines were long and the girls ended up disappointed because the rides didn’t pan out.  It was crazy busy (a Saturday night), but we had a good seafood dinner and it was fun to show the girls something they hadn’t seen before. And, probably won’t see again because it was totally NOT Big Daddy’s thing and I got him there with the “we have to do it once!” line. 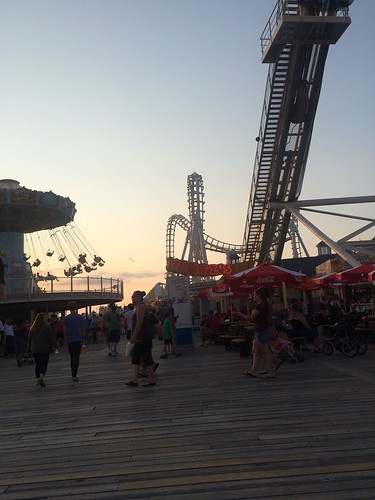 The little girls also ate hibachi for the first time and it was the biggest hit ever. I didn’t think Baby Bee would eat a thing (she’s sooo picky), but she wanted to eat everything they served her off the grill. We do have hibachi in Ohio, we just haven’t been, but it’s on our list now, for sure!

The One Where We "Redshirted" our Kids

The One Where We "Redshirted" our Kids

I Am a Reader

I Am a Reader