My kids don’t look alike. Not even to me, their mother, who has spent hours and days and weeks and months and years staring into their faces. The are all fair skinned with small scatterings of freckles across their noses, but that’s where the similarities end. The Princess is blonde and blue eyes and Baby Bee has hazel eyes and honey colored hair and Littlebit’s eyes are as dark brown as the yummiest chocolate you’ve ever eaten and her hair is nearly black. Sometimes I wonder where she came from, genetically, as Big Daddy who brings the brown hair and eyes is not as dark as Littlebit.

She’s probably a changeling. A little fairy child. That would make sense. 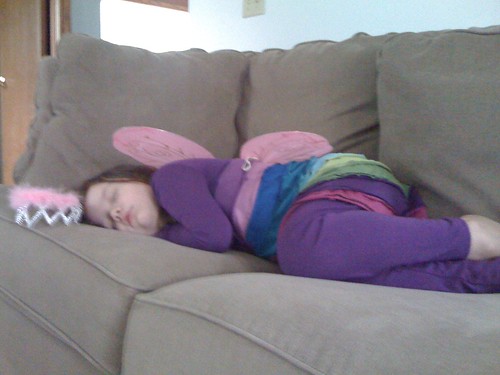 She jumps and spins and twirls and sings.  She never just walks or talks.  She will interrupt you 77 times a day to tell you she loves you.

She has been given a great gift in life. Happiness. True, soul deep, bottom of her feet to the top of her head happiness. She loves life. Life is sunny and rosy and no one is a stranger, just a friend she hasn’t met yet. She’s sweet with other people. Strangers love her in seconds. 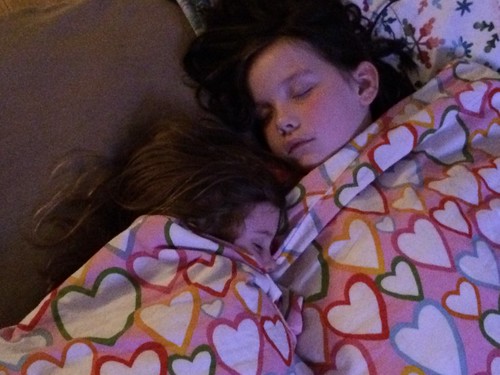 I worry about her. Maybe more than the other two. I KNOW that Littlebit is going to get her heartbroken. She’s not going to be careful about it. It’s not in her nature. She’s going to run head long into love and friendships and she’s going to cry over things that don’t work out for her. There’s not a cynical bone in her body. The Princes and Baby Bee both have healthy doses of cynicism in their nature, but Littlebit? No. 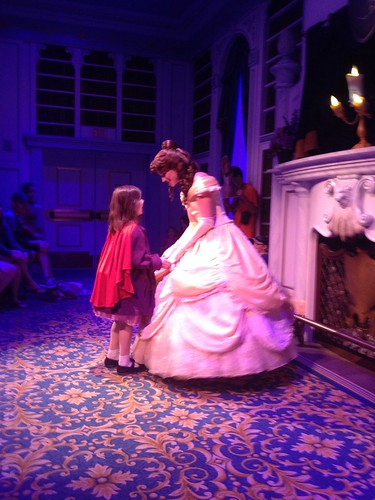 Least you think she’s just a pretty face wrapped up in a sweet little package, she’s not. She’s a famously hard worker, a good reader and very good at math. She’s overcome a lot of obstacles and I think that will serve her so well as she grows up. She won’t shy away from a little hard work. 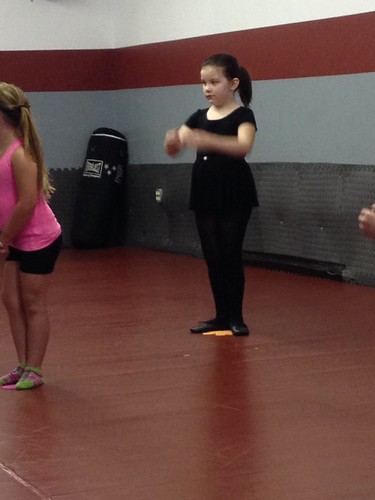 Happy Birthday, little love. We couldn’t ask for more than your sunshiney happiness. 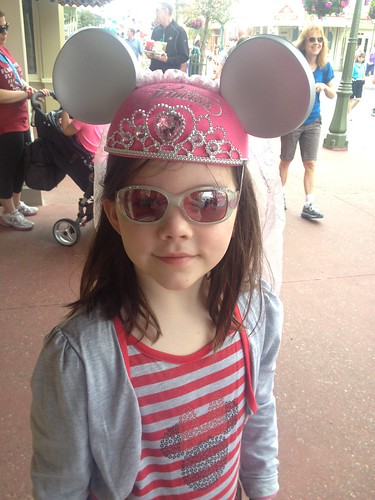 Happy Birthday Cadie Bug!!! Left u the girlist things I could think of !!!xxoo