I realized I forgot to move Pepper.

And then, I realized I hadn’t hit publish on this post.

And them my browser crashed and I had to start over.

Our calendar is filling up.  Is yours?  We have eight separate events that must take place on Friday and Saturday and don’t include school.  We could have nine, but I pulled rank on one of them and I’m hoping to decrease the number to seven if I can move our reservations to have breakfast with Santa to another weekend (the 20th, originally deemed too late now seems better than this Saturday, but i it cannot be moved, we’ll make it work). 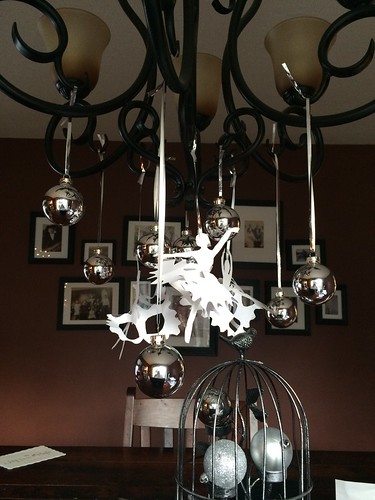 As soon as the snow comes, I’ll have my breakfast and drink my coffee in Big Daddy’s seat that you see in that picture. The cardinals will come to the feeder and it will be the most beautiful seat in our home this winter. 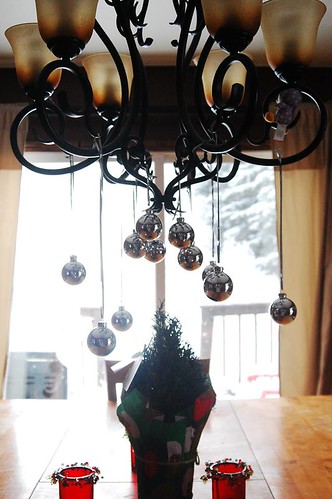 In reality, I wanted to write about hanging up my pine garland and how I made Big Daddy and the big girls pull the tote of Christmas lights up from the basement because I had a wild hair that the outside lights needed to go up RIGHT NOW.  It should be a cute story about finding Big Daddy making bad lighting choices and my pathetic attempts to toss the string of lights over our smoke bush (I think it’s probably nearly seven feet tall now).   But, stress over came me and I curled up next to a freshly bathed Baby Bee and watched Peep instead because I couldn’t wrap my mind around anything else.

There has, in the past, come a point during the lead up to Christmas that the whole thing seems impossible.  Hours spent hunched over on the floor wrapping gifts. Never knowing who has the tape or scissors.  It’s nearly through the first week of December and I’m not done decorating yet.  I haven’t finished shopping and in a couple of cases don’t know what I’m going to buy anyhow. 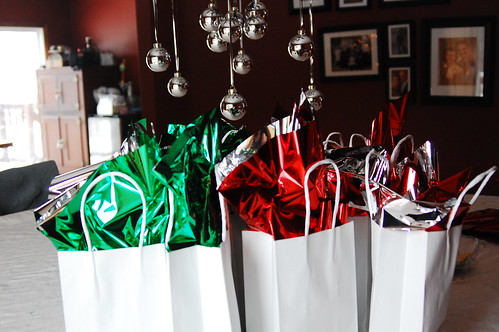 Admittedly, I’m not trying to “build a brand” here, so my motivation to present a certain image is different than that of some others, but even I don’t show you the whole picture. Dirty table? Nope. I crop it out or clean it off before I take pictures even if the rest of the house is in shambles. You’ll never see the super burnt bacon I made for breakfast this morning, or the cookies that weren’t mixed right and crumbled. Part of it, of course, is in the story telling and, frankly, the day to day debris of a life isn’t that interesting.

And, seeing my dirty laundry (literally and figuratively) probably isn’t going to inspire you or make for good reading.

So, as I sat down tonight, stressed, I realized that part of this Daily journal thing is admitting when things go off the rails.  It’s admitting that dinner was late and I tried to rush the rolls and they didn’t rise and were hard and the size of golf balls.  It’s admitting that I’m disappointed that we don’t have time execute my exterior lighting plans and that while it only takes fifteen minutes to get my garlands up in the living room I haven’t done it for reasons I can’t actually give you.

My point, albeit long winded and probably scattered, is that while for the next 27 days, I’m going to be writing entires that are mostly positive and upbeat, something is probably bugging the crap out of me or I’m worried about pulling something off or something working out and whether we’ll have enough fun and if I’ll get it all done or not.  You won’t be alone.

So, if in the dark hours you’re stumbling around downstairs trying to figure out what to do with the darn Elf (whose idea was she anyhow?!), I might just be doing it along with you.  And, the next morning, you should grab your coffee or tea (or cocoa or yerba mate or diet coke or whatever) and find the most beautiful spot in your home this season and sit in it for as long as you can.

Some times it is just best to focus on the blessings and not “what we should have”Christmas will come without boxes and bows,without trees and lights.as the Grinch found out. It is in our hearts and sometimes it happens on the 26th of December lol . I think you do a wonderful Christmas for family, there is a lot of mommal in you<3

Thank you. I remember, so much, how much my Mom worked to make sure we always had a magical Christmas and I remember how much Mommal loved Christmas, too! I think over achieving at Christmas time is in my blood.