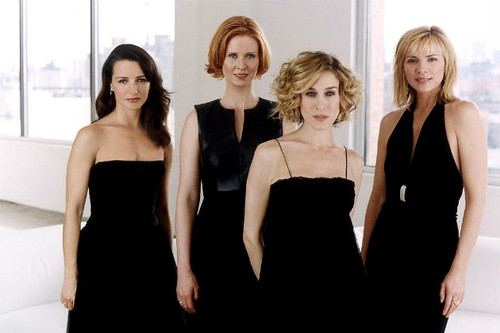 Summary: Like every other 20 or 30 something woman in the late 90s/early aughts, I watched this show when it was “new”.  I didn’t have HBO, but that didn’t stop me from stalking the DVDs at the library.  For a lot of us, Sex and the City was our favorite guilty pleasure.  For someone like me, a young 20 something in the midwest, I liked seeing this representation of how the other half could live.  And, there was something reassuring about being seen by a threat by these four women just because my age started with a 2. Now, a decade later and the age the SATC foursome was during the show, I think I come at it with a different perspective.  Ten years ago, Carrie Bradshaw was a bastion.  I mean, I thought she wore some really questionable clothes, but she seems to have it all even if she did struggle to find a relationship.She had this great apartment.  She dated amazing men.  She knew all these wonderful, quirky people.  She always had someone to out to dinner with or to go out to drinks with or go shopping with.  Her girlfriends were always available and up for anything. SHe had this great job that paid amazingly well and while she talked about how full her credit cards were, she always had money for five hundred dollar shoes. But, a thirty something me sees the foursome differently.  Samantha buries her inadequacies and vulnerabilities in sex.  Miranda is pretty much miserable (and not funny miserable, but I wouldn’t want to date her either miserable) and she’s sometimes legitimately mean to others including her friends.  Charlotte is obsessed with marriage and kind of gets what she deserves in the disaster that was Trey McDougel and Carrie is a big mess.  She is a commitment-phobe.  She cheats.  She’s a prude except when it suits her not to be.  She’s actively judgey towards Samantha.  She’s upset when Aiden wants her to pay for her part of the apartment they intended to share after she breaks it off.   In my re-watching, Carrie comes off as being almost actively unlikable. Two full length movies were made after the ending of the series to give fans more closure, but I don’t think I’ll be watching either of those.  First, you’re supposed to believe that the girls got their happily ever afters.  Charlotte has a happy marriage and a baby on the way, Miranda has finally accepted how good of a life she is Brooklyn with Steve and Brady (though hopefully she and Steve don’t married because Brady Brady is an awful name), Samantha and Smith have committed to each other as have Carrie and Big (John).  I watched the first movie and thought it was pretty bad and can’t bring myself to watch the second.

Favorite  Character: I’ve always considered myself a Charlotte and I think that’s true now.  My opinions and impressions of Charlotte didn’t change  with my re-watching of the this series.  Of course, my opinions of Sam didn’t change either, but either way, I don’t know if I can call Charlotte my favorite character or if I even have one. I think the foursome’s flaws were revealed in much larger scale during my 30-something rewatch of my 20-something must watch. As an older woman (well, older than I was.  39 ins’t old!),I feel like I’m calling them on more BS than I did when I was younger.   So, in the end?  No favorite.  Maybe Mr. Big.  I still love Mr. Big. 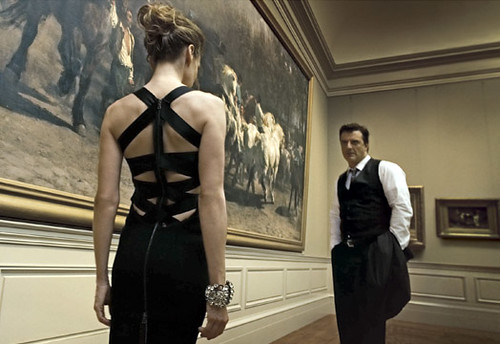 Least Favorite Character: I really dislike Sam Jones. In fact, not even her softening during her cancer story line redeems her for me. 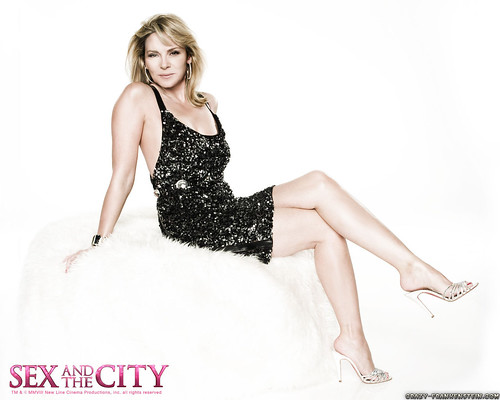 Biggest Pet Peeve: Carrie’s writing style.  Yes, I know this is Carrie’s telling of the story and we’re getting things through Carrie’s filter, but the little vignettes of Carrie writing her column all sounded so much the same, that I had to wonder–could I mimic Carrie’s writing style without even watching the show?  How is this woman a professional writer if she literally uses the exact same sentence every. single. column.  And she wrote a book?  Oh, hell no. Imagine that chapter upon chapter.  I couldn’t help but wonder–will chapter three sound just like chapter four?

How Many Stars **1/2— totally fluffy rite of passage.