We have an Elf on the Shelf. 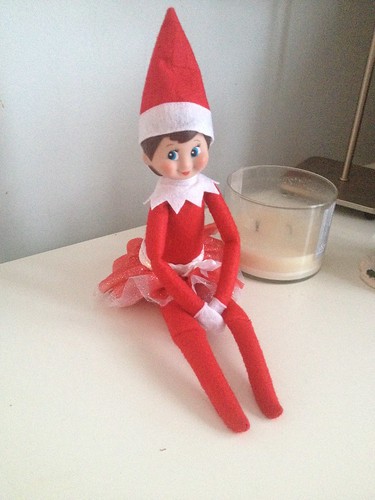 I’m always surprised how divisive the Elf is.  Over the next few weeks Facebook will be spattered with posts of people having the Elf do obscene things or complaining about how nobody got time for the Elf.  Some people use the Elf to encourage their children to be on extra good behavior during the Christmas season.  Some people will stage elaborate (and expensive) scenes for their Elf to participate in.

This is Pepper Q. Mintzsticks.  She added the initial this year.  I think it might stand for Quince. Pepper is a BAMF.  She works her tail off at the North Pole all year to be able to spend the Christmas season in Northeast Ohio with the girls.  She’s now an apprentice to the Lead Doll Inventor and is a Lead Elf in charge of Fairtytale Land.  Oh, and she cleans data for the naughty and nice list.

Pepper isn’t punitive.  She doesn’t tell Santa a thing.  The girls are expected to be good and it is Big Daddy and my job to make sure it happens.  I don’t cop out and expect an Elf that I move around the house to be judge, jury and executioner.  That’s all on me.  Now, that doesn’t mean that I don’t pull out the tried and tested “Santa is watching, ladies” when things get a little hairy in the month of December.

I found the best way for Pepper to be successful and low stress is to have a plan and to keep it simple.  Since I write it out for myself, I put it together in a Handy Dandy Printable for you so you can print out and follow my ideas or use them to make your own schedule.  I also included Pepper’s “I’m baaaaa-aaaack” letter so you can see how she passed her eleven months at the North Pole and use it as a jumping off point for your own letters, if you your Elf wants to leave one. 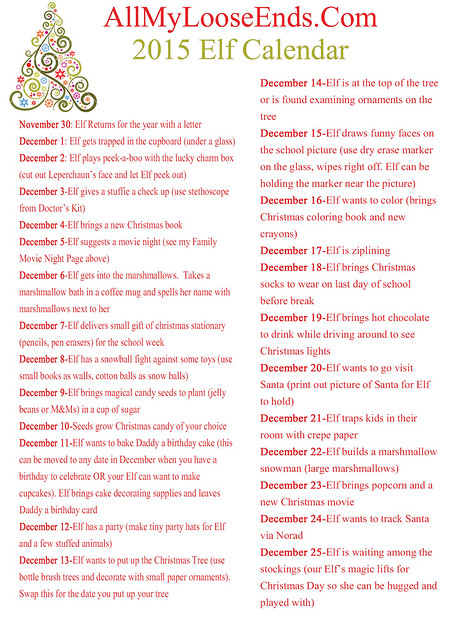 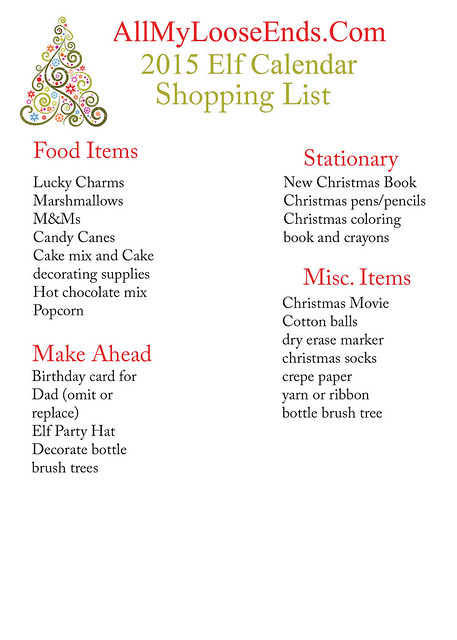 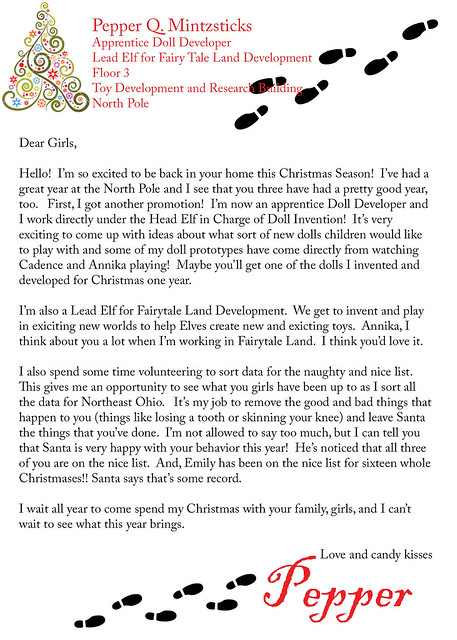 And let me leave you with one of my parenting philosophies. It’s not always fun, right? Sometimes it’s hard. Sometimes it’s sad and frustrating and overwheleming, but when it can be fun, let it be and not just for the kids. If the Elf creeps you out, stresses you out, upsets you or makes you feel over extended, then don’t do it, but if it sounds fun and you think you and the kids would like it, who cares what your Facebook “friends” have to say. Do it. Have fun.

Planning is really essential and very helpful! And this elf plan is just great. Thanks!

Thank you! I’ve seem some very elaborate scenes, but I don’t want to spend the money or time on them. This is a good middle ground.