This week marks the halfway point of our school year. The Princess has exams scheduled and we’ll be getting home three sets of report cards in just a few weeks.

The Princess is having a great year. Littlebit has struggled in a few places, but her teacher assures us that it’s pretty normal because of how different third grade is from second and once Littlebit adjusts, she’ll do great. Baby Bee has been the big surprise. She has her ups and downs, but she’s really doing well. This is really unexpected with how much she fought and struggled during preschool.

Last week, Baby Bee and I at in her bed and she read “The Foot Book” to me. Oh, I helped a lot, but the pride on her face was just…exhilarating. 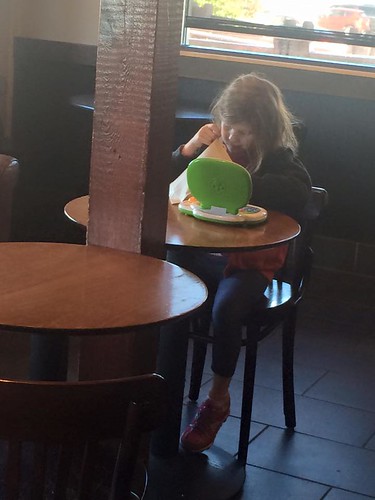 Baby Bee’s Autism is a challenge at times and I don’t know if we’ll ever be rid of some of that despite the therapy (speech and social, occupational, private behavioral). Sometimes, kids don’t want to play with her and, god help me, I understand that. I know she can be amazing and funny and imaginative as well as difficult, bossy and quick to anger. I’m sure she’s hard for a classroom of 5 and 6 year olds to read and predict because she’s hard for me to read and predict sometimes. Her anxiety come and goes. Sometimes I think things that will terrify her go off without a blip and things I don’t think will bother her (like, playing in the playroom alone) become these huge issues that she can’t seem to overcome. We’ve spent months standing no more than three steps away from the door to the downstairs powder room because she cannot bear to be in there alone. Why? I don’t know. I think sometimes it’s easier for me to accept these things because of my own anxiety. I don’t know why I got agoraphobic in 2006, I only know that I did. I don’t know why safe places stopped feeling safe, I only know that they did. It wasn’t an idea born in rational thought, so there was no rational way to meet with it. The powder room and the playroom are that way for Baby Bee. It’s not born in a rational place and rationality won’t combat it. We are gentle because that’s the path we chose a long time ago.

Every day I check the on-line behavior tracker used by Baby Bee’s school and I’m relieved that she’s had far more good moments than bad. We still have problems and she has gone to war with her Aide more than once and that is what? Humiliating? Embarrassing? Humbling? I don’t know which word to use, but I guess a mixture of all three. It’s difficult (embarrassing?) when your child acts like that for other people. I cringe, literally and figuratively, when I get a message home that Baby Bee has been acting out towards the Aide. I believe that it’s because she likes her Aide and views her as a safe space, but that’s no consolation to someone who has been hit, yelled at or had things thrown at her at by a child. Your child. We talk about her behaviors. We insist she apologize. We reiterate over and over that her Aide and her teacher want to HELP her, so if she’s angry or getting angry she can let them know and they will help her. Halfway through the school year, she’s able to communicate to them why she was upset after the incident. Progress. Difficult, hard won progress. 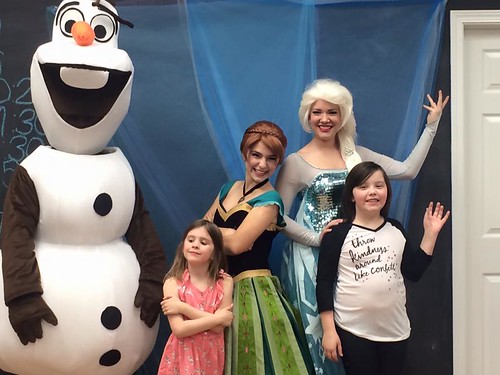 When your children are small, the work is physically exhausting. Getting up in the middle of the night, changing diapers, carrying something literally everywhere you go, constantly dragging a newly exploring baby back to their safe space. Parenting older children is exhausting, too, but mentally instead.  Changing diapers was much easier than this.  But, still, I wouldn’t trade it as those skinny little arms sneak around me and a sleepy voices whispers happily “I love to be with you, Mama”.