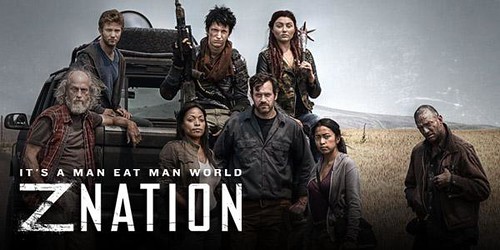 Starring/Where Do You Know Them From: Kellita Smith/The Bernie Mac Show, Keith Allen/mostly bit parts, but he has shown up on various tween shows on the Disney Channel and Nickelodeon, so he may look passingly familiar, Russel Hodgkinson/mostly bit parts, Nat Zang/ first role according to IMDB, Anastasia Baranova/Lizzie Manning on Veronica Mars (just a two episode stint), Jennifer “Scout” Lauer on Scout’s Safari”, DJ Qualls/ Ed McCarthy in The Man in the High Castle, Billy Nugent in Legit and Garth Fitzgerald in Supernatural.

Summary: Z Nation is another Zombie genre TV show, but with a few twists.  Keith Allen, who plays a character known only as Murphy  or They Murphy was injected by a possible cure for the Zombie virus prior to a lab’s evacuation and he is the only known survivor of a Zombie Bite.  Murphy is rescued from the lab by Officer Hammond (played by Harold Perrineau who you know from Lost) and they set out on a quest to try and get Murphy to the CDC (or what’ left of it) so they can develop a vaccination to save the human race.  Hammond and Murphey meet up with a rag tag group of survivors led by Garnett (played by Thomas Evertt Scott aka That Thing You Do) and after Hammond’s death, Garnett and Roberta Warren (played by Kellita Smith) take up the task of getting Murphy to California where there’s rumored to still be a CDC outpost.  The group consists of Garnett and Warren, both ex-military (well, are they ex?  They were current military when the world fell apart), Doc, an old hippie of a nebulous age that manages to both get out of scrapes AND score a decent amount of drugs, Addy and Mac, a young couple, and 10k, a guy they meet on the road whose goal is to, well, kill 10k zombies.  Getting Murphy to California isn’t easy and they run into bandits, marauders and your typical apocalypse scenarios.

The whole quest is over seen by someone named Citizen Z, who was sheltered in an NSA stronghold some place really cold.  Citizen Z is able  to interact easily with the group during most of the first season, but when Murphey triggers a global, nuclear failsafe at the end of the first season Citizen Z’s resources are affected and he’s not as helpful nor present in season two. 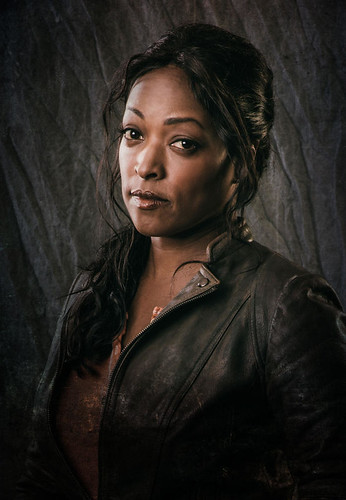 Roberta Warren, I have a girl crush on you.  Roberta Warren is smart, strong, experienced and almost totally unflappable.  She commits to the mission of getting Murphy to California with a laser focus.  She’s not cruel, but she’s not soft.  She’ll leave you behind, but she’ll probably feel a little bad about it.  She understands the delicate balance that must be walked between being tough to not be taken advantage of and keeping a hold of the connections that make you human.  She’s a peacekeeper and a hell raiser.  What’s not to love?  I love watching shows with strong women, especially one that features a strong woman in what is essentially the lead.  Yeah, this is an ensemble show with time being given to each character and their story, but Roberta Warren is in charge and I love her.   Least Favorite Character 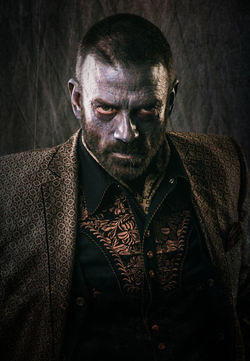 Murphy may be humanity’s salvation, but he’s really really unlikable.  He’s always wandering off and getting people killed.  Good people. It’s not the Zombie virus that made Murphy an awful person, he always was one.  Postal Fraud (well, that’s not terrible) but his flashback definitely lets you know that Murphy is just kind of a rat fink. He has moments of clarity (he asks Warren not to leave him alone when he gets to the CDC) and humanity (his weird zombie baby Lucy), but he’s just really hard to feel sorry for.

There are two; first is Zombie baby Lucy.  In Season one, Murphy hooks up with a lady who is part of a…well, I can’t call them Morman.  They were morman, but they are a women only “cult” and Addy leaves Mack and the group to stay with them in their commune.  Murphy, being offered both “company” and pie, impregnates one.  She gives birth, dramatically, in an Amish barn (where 10k and Addy are exposed to anthrax) and dies defending Delta X-Ray Delta, Murphy and Lucy.  The baby just seriously looked like one of those creepy zombie baby Halloween decorations you can buy at the Halloween store and it was just…campy.

How Many Stars? ***  Interesting story, good Season 2 cliffhanger that has me looking forward to Season 3 and just what’s up with Lucy.

She's Sixteen Just for a Moment

She's Sixteen Just for a Moment