April is Autism Awareness month and multiple Autism organizations encourage people to wear blue to further awareness?  I guess I’ve never understood the whole raising awareness thing.  Are there people who don’t know about Autism or breast cancer or something?  And, does my wearing blue change that.  I think I like the idea of wearing blue (or pink or whatever) for Autism support makes more sense, but I’m kind of digressing here.

About a year ago, Big Daddy and I sat around a table with Baby Bee’s preschool team and received the diagnosis that had always kind of been hanging over her.  I admit, it hit me like a sack of bricks.  I worried.  It’s my thing.  Would Baby Bee be able to be happy?  Would she be able to live independently?  Would she get married?  Would she have children?  Would she find a job or vocation that fulfilled her and made her happy?  There were so many questions coupled with an IQ test with some shitty results and I ignored, for a while, the words from that team as they assured us that they didn’t think that test was accurate due to ASD and how it affects Baby Bee and how she approached the test.  That number hung in front of me every time I closed my eyes.  It suggested Baby Bee would hardly be able to hold down the most menial job.  It wasn’t what I knew of Baby Bee.  I had seen her tenacity, her problem solving, her ability to learn and do, but it was hard to disbelieve the data.  I love data. 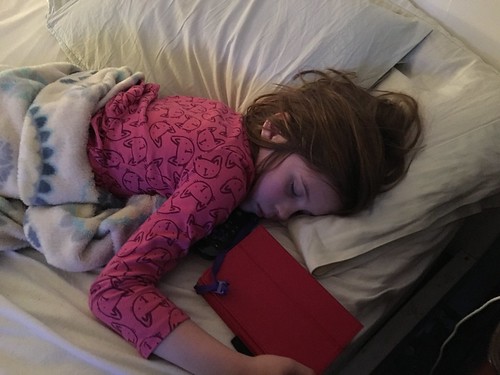 I don’t believe that data now.

There was a time when I would study Baby Bee and wonder what was her disorder and what was her.  Was she funny?  Or was her speech patterns and observations Autism?  Was her need to cuddle up in the space behind my knees her or did Autism make her do that?  I kind of quit that line of thinking.  She just is.  It doesn’t matter of Autism made her do it, it’s just who she is.  She IS funny.  She does make hilariously scathing observations.   She does have a huge imagination that consumes her.  She does want to make movies AND be an animal doctor.  It doesn’t matter which way Autism is pointing her down her path, the path is still hers.   Autism is as much a part of her as her honey brown eyes or the scattering of freckles across her nose and I’m realizing that if Autism was removed from Baby Bee, she wouldn’t be our Baby Bee.  She’d be something else entirely. 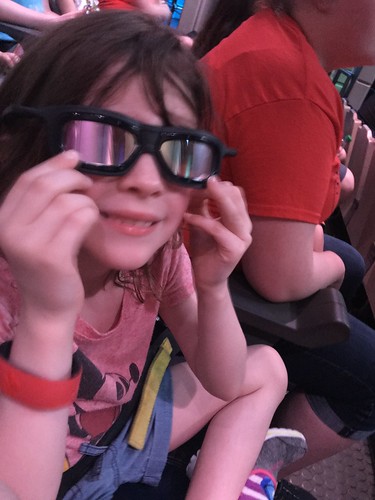 And I’d never want that in a million years.

That’s not to say the road has been smooth.  It isn’t with any kid and it’s not with Baby Bee.  She’s had some struggles, socially, and they’ve left me stymied and I found myself bewildered and defensive.  She hates being taken out of her routine and it can be disappointing when she rejects doing something fun so she can keep her routines.  It can be hard to battle against the OCD or whatever it is that causes her to sniff or cough obsessively  during colds.   It can be hard to deal with her anxiety and how it can hold her back from doing something today that she was able to do yesterday.  She’s spent the vast majority of this year being unable to use our downstairs bathroom by herself.  Anyone can go with her.  The dog can go with her, but she can’t go alone.  She’s terrified of flushing toilets and she hates loud noises.  Sometimes she gets to a point where she cannot be reasoned with or stopped and I’ve found myself frustrated and angry with her and at odds on how to fix it.  She doesn’t resettle like her sisters.

SHARE:
The Littlest One, Tied Up One Reply to “Not that Blue”