Once upon a time there was a clarinet.  It lived in a black and white case tucked into red velvet lining.  It roamed the halls and the football field with a leggy blonde with green eyes and a bright smile.   It played the fight song and the Alma Mater behind the twirling flags.  It went to competitions and won medals, now dull with age.  The clarinet player fell for  a not leggy blond that wrestled and played football and took home ec.  They got married, had babies and the clarinet went into the closet.

When Dad downsized the clarinet moved in with a not-leggy blonde, who selflessly gave it up after a phone call inquiring if she minded the Princess having it to play in band.  By this time, our family had made our own journey.  We drove 400 miles to live within two miles of the white house on the top of the hill and the Princess started school that fall at the Middle School tucked up against the high school where the Clarinet Player and the Wrestler met and fell in love.

Thirty six years later, the clarinet came back home. It walked the same halls with another leggy blonde. It settled into the same band room. It plays on the  same football field behind the twirling flags . It plays the same fight song and the same Alma Mater.   In 2013, it also went into semi-retirement for outdoor playing. It was a classic and outdoor playing is bad for it. It is reserved for concerts now, where it plays on the same stage in the same auditorium.

But, it came out of outdoor retirement, briefly, this year when it marched with the leggy blonde, again. The Princess and I made the decision together. Yes, it should be Gran’s clarinet. It’s worth the risk. 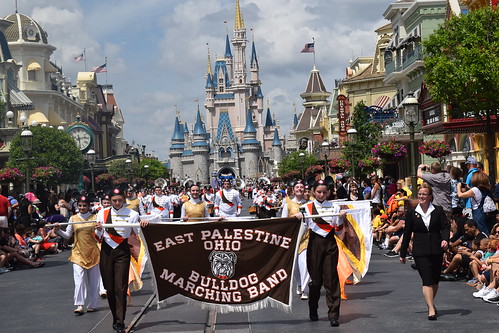 And in some small way, for just a moment a tiny part of my mother was where she would have wanted to be.

But, I knew for certain on that day with the Princess that not only did she carry a piece of her grandmother along with her, but that my Mom would have absolutely been there with us, in that place at that time. It is the most sure I’ve been, in a long time, of knowing the place my Mom would have occupied. 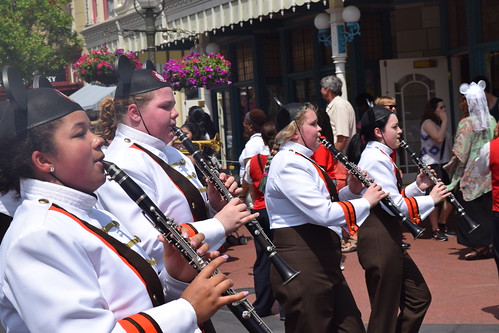 And so, the clarinet traveled a thousand miles in the hold of a charter bus, but not to sit in another closet.  It came to have it’s moment in the sun with the Princess.  Like Gran would have wanted.

2 thoughts on “The Clarinet”

What a sweet family history!