If you’re from Northwest Michigan, or have spent any time up there, you might have a TV jingle stuck in your head now.

Last weekend, we finally managed to get to the Renaissance Festival. It’s been on my to-do list for years. Years. Summers would come and go with the Renaissance festival never getting crossed off of our list. This year, I put my foot down. I wrote it on the calendar. I bought tickets.

And then promptly double booked that Saturday with a birthday party.  I write things down in the planner and then don’t consult the planner, therefore the planner does not work.  Anyhow, while visiting Sunday wasn’t optimal, we went anyhow and had a great time!

I was really impressed with the amount of entertainment that was available.  We didn’t even get to do/see a quarter of the shows!  There were so many!  And, they were really well done.  Fun and entertaining for all of us!

The Princess loved the joust and we made sure to see the champion’s tournament as our last show.  Of course, at the end of the Champion’s tournament almost everyone died.  I was NOT prepared for that!  Thankfully, the actors popped up right away so none of my children were scarred for life, but while they said it was a fight to the death, I didn’t expect two people to get their throats slit complete with spraying fake blood. 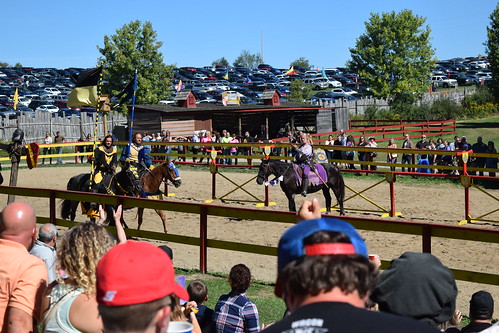 We all loved the fire manipulator, too!  He was funny and the things he did was really impressive!  You could feel the fireballs many rows back, where we were sitting.  We decided we didn’t want front row seats for this one. 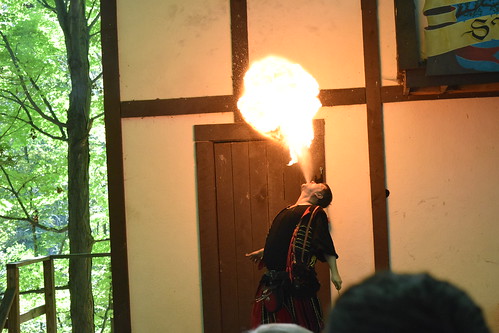 I also have to say that the concessions were actually reasonably priced. That’s really the biggest problem when you’re traveling with a bigger family. They really hit you in the pocket when it comes to food and drink Disney is notorious for this, but even fairs and other small locations can be as bad. We had two rounds of snacks and drink for just about $50 (5 bottles of water, two cups of pop, 1 turkey leg, three nachos with cheese, two french fries and a fried mac and cheese on a stick). Pricey, but still pretty affordable, considering. 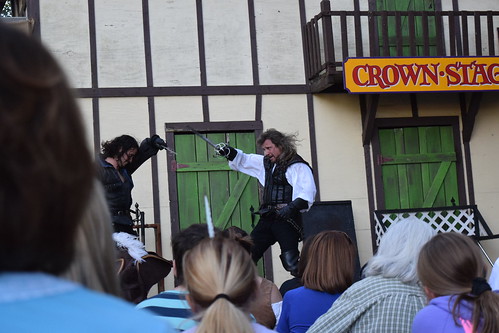 Littlebit loved the duel show. She cracked up the entire time. Lots of double entendre, which made the show fun for grown ups and kids. Fair and Festival season is drawing to a close in the midwest, but never fear! You can plan to go next year using this handy website!