Mom’s Guide to Surviving a Con

And not the kind where someone talks you out of money.

The first weekend of July, the Princess and I took off for Pittsburgh and spent the weekend doing this. 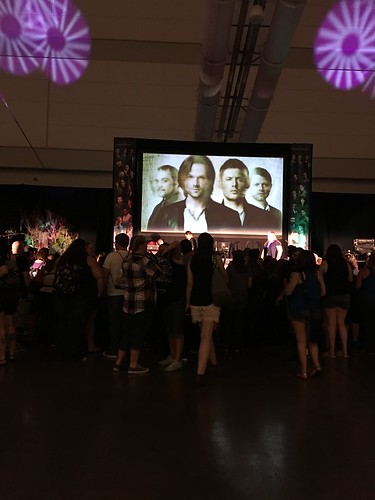 I spent 36 hours sitting in a folding chair with thousands of the Princess’s closest friends.

Yes, ladies and gents, we went to a Convention and I’m going to share some hints and tips to help you make the most of accompanying your kid to something that is turning into a rite of passage.

1. Spring for tickets that get you reserved seats

Day 1, the seating wasn’t competitive.  It was mostly minor show celebrities and people work, I guess.  We were able to come and go and make it back to our previous seats without any issue.  Saturday featured more major show celebrities and we realized that we could move far up the theater on the far side of the stage.  That meant someone had to save the seats.  Parents, that means you have to save the seats.  Sunday, our Saturday seats had suddenly become “reserved” and we were forced into the back. Sunday is the big day when the show stars (in this case, Jensen Ackles and Jared Padalecki) take the convention stage and a good seat is super important.  I managed to get the Princess on the aisle, but it still meant all day seat saving.  The Princess and I both agreed that paying more for reserved (and therefore closer) seats was well worth the money, so don’t cheap out there.

2. Bring something to sit on 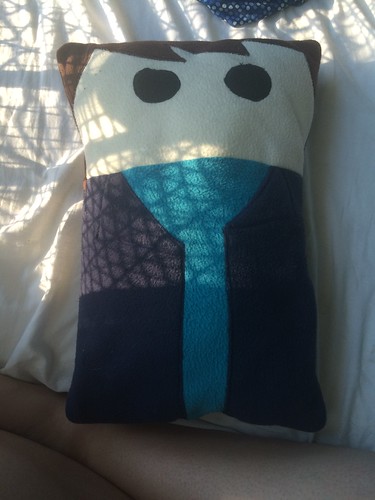 This is Sam Winchester.  I bought him to sit on Sunday morning because the idea of sitting on a folding chair for another 8-12 hours was enough to make me cry.  I put him face down and called him my best butt buddy and passed him on to the Princess after the convention.  Next time, I’d take a bleacher cushion or a donut or something.  It was a LOT of sitting on folding chairs.

3. In Pittsburgh, food in the actual convention was limited and super expensive

They did NOT check bags and I brought in my breakfast with me Saturday and Sunday.  We also brought water in with us as well.  Most of the time, I don’t bother with dragging outside food in someplace because I find the difference in price to not be so significant that it’s worth carrying around heavy, damp items all day.  However, there was only one food cart to service the entire convention and they closed up early afternoon meaning if you wanted a bottle of water at 6pm, you were SOL until the bar inside the theater opened (which had a similarly long line).

4. Prepare for a lot of waiting

Because there is a LOT of waiting.  Waiting to get into the theater.  Waiting for autograph or photo op time slots.  Waiting for the evening entertainment.  Bring a butt pillow and prepare to wait.  The Princess was fairly “nercited” so she wasn’t interested in playing heads up or anything similar and I was also only allowed to talk to her a little bit because I am, apparently, situationally  embarrassing.  Next time, I would bring an actual book because I wanted to conserve my phone battery so I didn’t read as much as I would have.

5. Have an open mind

Admittedly, I wasn’t a fan of the show before attending the Con with the Princess, but in taking time to listen to the actors, I definitely found I had a lot of respect for how much they cared about their fans and their fandom.  There was a strong air of caring and interest from the actors towards people asking question, and it was nice to watch. Even if I didn’t care about the minute details of the show or characters or ships and all that crap, I could appreciate the kindness and interest.

I was holding seats when the Princess got to meet Jensen and Jared and I wish I could have seen it.  I was there when she met Misha Collins who plays Castiel on the show and that was a great moment.  She’s a pretty reserved kid, so seeing her THAT happy and emotional was a great thing for me.

And, as a further plug for Pittsburgh, it’s freaking beautiful.  Go visit! 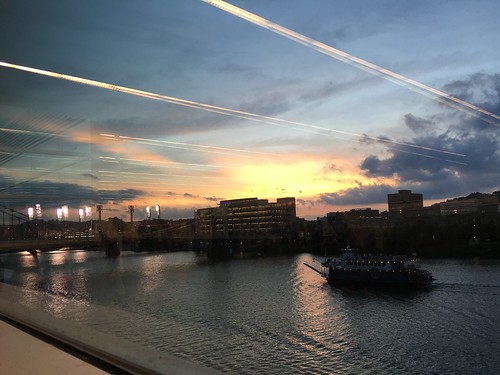 Copyright secured by Digiprove © 2016 Jamie AndersonAll Rights Reserved
SHARE:
The Biggest One 0 Replies to “Mom’s Guide to Surviving a Con”

The Subtle Art of Letting Go