Most of my classmates are turning 40 now. I think there are a few stragglers that won’t turn into later this year (I’m looking at you, Nanners), but the vast majority of us have turned over another milestone age. You know, before Facebook, I always wondered what some of my old friends were up to an Facebook helped close the gap. Yes, I was on reunion.com and classmates.com, but you had to pay to be able to creep on anyone’s profile and what fun is that.

It’s now 22 years past graduation day (plus some months, some weeks and some days). Some of us have moved far away from that small town. Some of us send our own children to the same schools we attended as children. Some of us have married classmates and some of us haven’t married at all. We’ve had children, lost loved ones, found love, gotten divorced and lived a large part of our lives.

But that’s not about all them. This is about her. 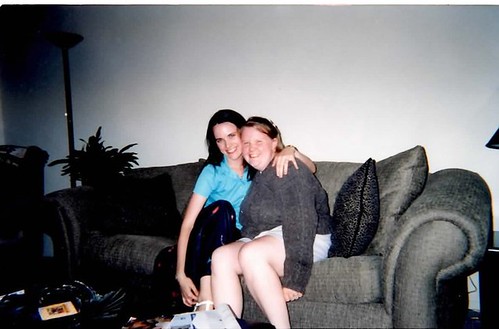 23 years ago there was someone new in the choir room on the first day of school. She was so pretty and seemed so cool. She had a little bit of a southern drawl. We lived near a huge Air National Guard base, so kids coming and going wasn’t anything new or unusual. But, it turns out new girl and I had choir together. And Health. And English. And Math. It was rather impossible to avoid each other and so we started to talk. Haltingly, like you do when you meet someone new.

We found out that we shared a common interest and justlikethat we were friends. Inseparable. I can envision her house and her bedroom and her red ford Escort as clearly as I can envision my house and my room and my shitty white Chevette (for which I am grateful, thank you Mom and Dad).

As I’ve grown older, I’ve learned that it really is true that people come in and out of your life. When I was 17, it was hard to believe that I’d likely never again look people in the face whom I had seen nearly every day for the past decade. I understood when people told me that we would split and scatter to the wind, but I didn’t know it. I didn’t understand that some people were only yours for a moment or a season and then they would pop off into the ether.

And so, hunched over notebooks full of fan fiction (smutty, smutty fan fiction), cases of coca cola and hours playing Sonic and Aladdin on her Sega, she and I moved into our season. 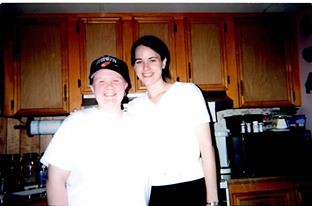 There are hundreds of phrases I could write here that would mean nothing to anyone else that would have her doubled over in laughter. She is one of the few people in the world who accepts me in total. I married one of the other one and I’m related, by blood, to the rest. She has counseled, advised, consoled and encouraged me and I’m so happy to say that we’ve been friends far longer than we haven’t been. I’m so happy it is still our season.

Happy birthday, dear friend. I will always drive the car through the car wash for you.