The Sad Case of Having Pinkies

Today, I’d like to talk about an anxiety symptom I haven’t talked about in the past. This symptom is annoying, but mild in comparison with most of my symptoms being so much worse. Let’s talk about those for a minute. Anxiety attacks/panic attack symptoms are hard things. A lot of times they mimic the sings of strokes and heart attacks and cause shortness of breath, chest pain, rapid heart rate, tingling in weird places, dizziness, depersonalization and derealization, which is really weird and scary.

When my anxiety attack is about to drop, I feel like someone doused the back of my neck with hot water. Then, I go into panic mode. I get tunnel vision, at that point and depersonalization/derealization. When depersonalization/Derealaization happens, it feels like I’m spectating instead of participating in my own life and body. My brain is working hard to protect me during my attack and part of doing that is to withdraw me from the situation I’m in. This time, apparently, I hit the wall in the cleaning aisle at Target. The rush of heat form my neck, the tunnel vision, the depersonalization are triplets in my anxiety attacks. I think if I could stop panicking when my neck thing happened, the other two wouldn’t happen at all, but I don’t and then I do. Depersonalization is, frequently, the most frightening part of an anxiety attack, for me. My disconnection from my body makes me pretty sure I’m going to die.

Haven’t yet, so that’s good.

However, on Wednesday after I had a panic attack at Target (how? I love it there) I came across another annoying panic phenomenon that I don’t think I’ve talked about before.

Don’t laugh at me. Give me a minute. When I identified I was having a panic attack, I started issuing orders to my brain. Orders like “not in Target, you bastard!” and “It’s just a bottle of method. I’ll be okay!”. When I was able to interrupt the attack, I was left with an uncomfortable awareness of my pinky fingers.

Many moons ago, when I was in choir, we had a brief discussion on hands. Most of us, at one time or the other, while standing on stage, would suddenly become overwhelmingly aware of hour hands and we suddenly didn’t know what to do with them. They didn’t feel natural. You couldn’t just put them some place. They just hung off your arms like useless, floppy meat. That was my pinkies today. They were all over the place. I couldn’t figure out where to put them when I used my phone. I couldn’t get them comfortable when I was steering my cart. 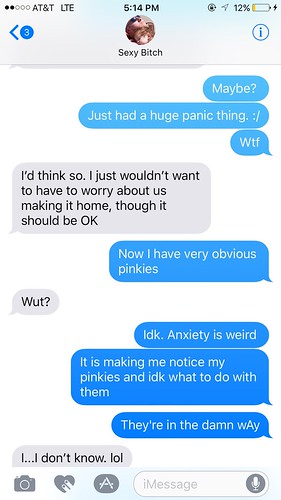 This isn’t the first time this has happened to me, when after a wave of panic I’ve found myself in possession of a body part that I’ve always owned but suddenly ended up with full control over instead of my brain, that was running around trying to put out an imaginary fire like Ricky Bobby. 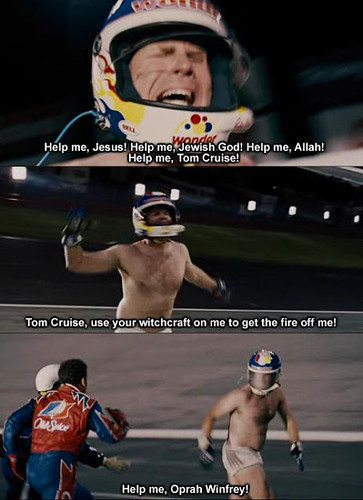 The systems of my body that usually work together so seamlessly and without me having to think about them, shorted out for a second and I was left with giant, obtrusive, useless pinky fingers. It sounds funny and it kind of was and that humor helped me feel better, but panic isn’t usually funny and I know that all too well.

Copyright secured by Digiprove © 2016 Jamie AndersonAll Rights Reserved
SHARE:
Panic! But no disco. 0 Replies to “The Sad Case of Having Pinkies”

Max and Mom and the Internet

Max and Mom and the Internet