How’s your summer so far?
Yes, I know it isn’t actually summer yet, but my kids have been off school for a little over two weeks, so that makes it summer in my book. I love summer. I know it can be a tough time for some parents, but I like the long days of hanging out with my chickens. At some point this summer, I will wistfully ask Big Daddy if he’s sure I can’t homeschool?

The answer to that is no for a million reasons.

In a way, this is kind of our last summer.  The Princess has now completed her junior year and in the fall she’ll be a senior.  In fact, we got our first senior parent invitation in the mail recently. I’m trying not to get too melancholy about all this senior year stuff. The Princess will be at home for at least a little while because she’s too Princess-y for dorm life, but I know that even though we have next summer and even though she’ll be living at home instead of in a dorm for a while, our family will change this time next year and we will head into uncharted, for us, territory as the parents of an adult. 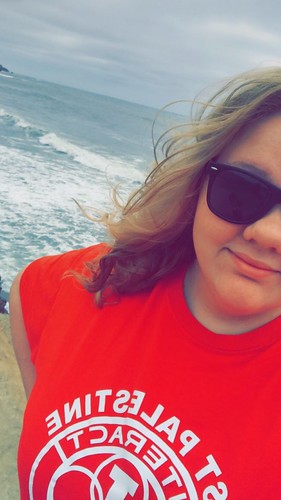 I started this blog the fall the Princess was entering third grade.  Littlebit was a baby.  Baby Bee wasn’t even on our radar (well, she was on Big Daddy’s radar before Littlebit was even born).  At that point in our lives, our child rearing theory was really just that.  We were making educated guesses that our ideas and beliefs and philosophies would turn out a good person.   Those were hard years for me, man.  I am so impatient.   I wanted to KNOW that the Princess would be kind and thoughtful and respectful.  I wanted to KNOW she’d be a straight shooter.  The not knowing is so hard.  Were we too soft?  Were we too hard?

For the Princess, I guess we came in at just right. I often wondered what would happen if I didn’t like the Princess (or Littlebit or Baby Bee). I knew I would love them, but would I like them?  It’s pretty awesome to answer yes to that question.

When I first started to think about the things we raised our children with I came up with the usual suspects; respect, kindness, fairness.  Those words, though, don’t really sum it up.  In the end, we raise our children with https://www.merriam-webster.com/dictionary/gracegrace (by which I do not mean religion).  We forgave their trespasses.  We acknowledged their feelings.  We tried to guide instead of pushing.  We respected their ideas.  We told them no a lot, but we said yes as much a we could.   We have tried as hard as we could, to let them grow as individuals and not to close them into the boxes we made or that their sisters made.  Our daughters are very different people, from Big Daddy and me and their sisters.

Mitch Albom writes in The Five People You Meet in Heaven that children are panes of glass and that they absorb “the prints of their handlers”.  Big Daddy and I have left fingerprints, but we’ve worked hard not to leave them shattered or cracked.  The book, published in 2003, left us with an idea that we took in during the very early years of our parenting.  Guide, but don’t push.  Cover them with the smudges of your love and influence, but seek never to shatter or crack.